I was born on the lapping shores of Loch Leman many, many moons ago. Pulled mewling and puking from my mother's womb on the ninth of May 1976, I was quickly overcome by that enchantress muse of music at a tender age. First, through the mad frantic folk music of my father and his collective. Then, by mine own hand drawn to the beat of the drum at five. Years of wandering the lands between classic rock, death metal, slightly alternative soft rock, even more slightly trip hop and back to rock, I landed right back where I started... folk music, Albeit in a new indie strand of folk music. Along the way I picked up a few tricks on the guitar and even wailed some home penned tunes into a mic. People often ask me what is your music and I reply, 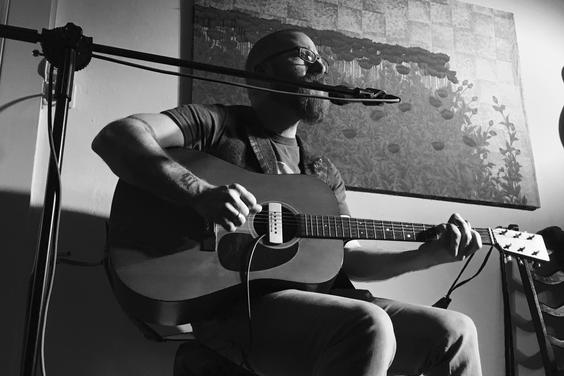 'A touch of earthy folk with a sip of sensual jazz mixed in the glass of poppy music. Lyrics written with meaning laid against melodies that take you on a musical journey. Electronic, acoustic, organic, eclectic. A mix of the new with a good dose of the old.'